Have you ever been to a Grunion run? Do you know what a Grunion is? The Cabrillo Marine Aquarium in San Pedro has been introducing the public to the Grunion since the 1960's.

The next Grunions runs sponsored by the Aquarium are Friday, June 3 at 8pm, Friday, June 17 at 8pm and Saturday, July 16 at 8pm.

Rap star Nipsey Hussle is scheduled to perform at San Pedro's Levels Lounge on Friday, June 3. Hussle who's real name is Ermias Ashgedon has over 10,000,000 total video views on YouTube.

Hussle has appeared on the 2010 song "We Are the World 25 for Haiti and was chosen as one of XXL Magazine's "Annual Freshman Top Ten."

In March Hussle was present… 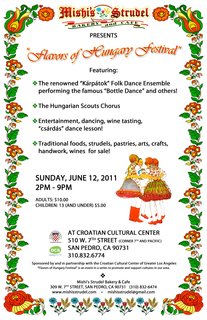 the famous "Bottle Dance" and others!

Are you ready for summer in San Pedro

Are you ready for summer in San Pedro??

The Port of Los Angeles has planned a great number of summer events this year to entertain and delight the entire family.