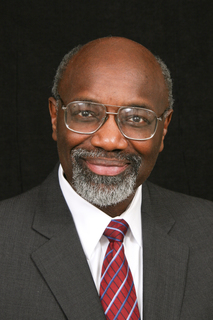 “To say I am honored to have been appointed as president of CSU Dominguez Hills would be an understatement,” Hagan said. “I look forward to continuing to work with our gifted faculty, dedicated staff, and inspirational students to advance this remarkable institution and our students.”

Hagan’s leadership at CSU Dominguez Hills in the past 11 months has been marked with an unwavering commitment toward student academic success and focused on dramatically improving graduation rates and time to degree. He successfully increased transparency in university governance and identified and reallocated university resources to support strategic priorities, including investing in faculty and staff hiring, instructional and laboratory equipment, information technology, and proven high-impact student success programs.

Before coming to CSU Dominguez Hills, Hagan served as interim president at CSU Fullerton effectively moving the campus forward during a time of significant transition. He initially joined Fullerton in 1996 as vice president for administration and subsequently served as vice president of university advancement from 2000 to 2003, and from 2005 to 2011 as chief financial officer and vice president of administration and finance, overseeing Fullerton’s $380 million business enterprise and successfully leading the campus during a period of unprecedented state budget instability and record enrollment growth.

“President Hagan had done an exceptional job of working with faculty, staff and students and engaging the community during his service as interim president,” said CSU Board of Trustee Chair Bob Linscheid. “His leadership skills will be a key asset to the university as it continues to grow and meet the needs of the community.”