Neil Simon's Laughter on the 23rd Floor - a hilarious comedy! 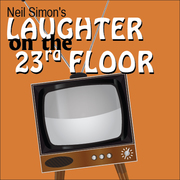 Laughter on the 23rd Floor

Neil Simon takes us back to the golden age of television and behind the scenes of the hottest program on the air, The Max Prince Show. Simon’s side-splitting comedy follows the antics of the show’s star Max Prince, his ongoing battles with the Network executives, and the writing, fighting, and wacky antics that take place in the writers’ room of his weekly variety show.  "Old style comedy: fast and furious." – THE WALL STREET JOURNAL

RSVP for Neil Simon's Laughter on the 23rd Floor - a hilarious comedy! to add comments!