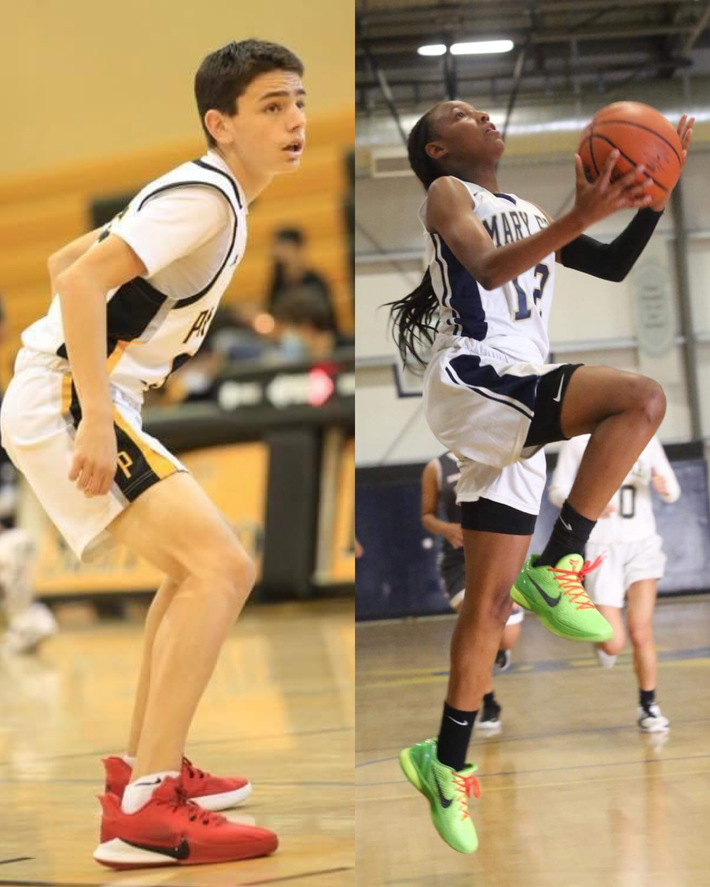 Normally, high school basketball seasons in California end in March, but the 2021 season for many started in March... and ended in June.

As things seem to return to normal around town, San Pedro and Mary Star Of The Sea High Schools went on with their boys and girls basketball seasons this Spring, while Port Of Los Angeles opted out to return to hoops action for the 2021-2022 school year. One of the four teams not only went on with their season, they also went on to make hometown history.

Mary Star High girls basketball made a marvelous run that seemingly came out of nowhere to most, overcoming many obstacles in the CIF-Southern Section Division 4-AA playoffs before capturing the Taper Avenue-based Catholic school's first-ever CIF-SS sports championship with a 54-50 win over Agoura of Agoura Hills on June 10. The Stars and eight-year coach Victor Tuberosi didn't stop there, as they won two more games to advance to the CIF Southern California Division 3-AA Regional championship game, finishing 22-1.

One of the many reasons why the Stars were so successful in 2021, was the emergence of freshman forward Madison Watts, who led the Stars in scoring (17.8 PPG) and rebounding (9.5 RPG). Another freshman, guard Andrea Lopez (15.4 PPG) teamed up with senior point guard Isabella Serrano (9.7 PPG, 5.4 RPG, 4.3 SPG, 3.9 APG) to form a deadly backcourt tandem.

San Pedro boys and girls basketball both got to host playoff games in the CIF-Los Angeles City Section Division 2 playoffs, with the boys losing a quarterfinal battle with eventual champion Marshall of Los Angeles, and the girls falling in the semifinals to eventual runner-up Polytechnic of Sun Valley.

Here are the full All-San Pedro News Pilot Prep Basketball Team selections for the Spring of 2021.

PLAYER OF THE YEAR: Anthony Hrboka (San Pedro, G, so.)