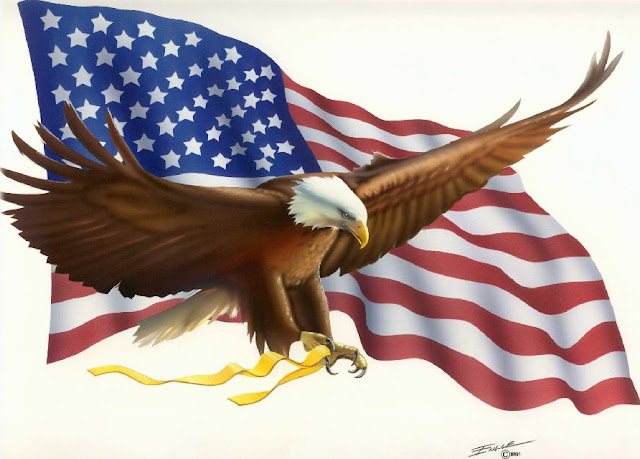 When President Obama was pressed by Barbara Walters in a November 22nd interview about the failed roll-out of Obamacare and his legacy, he responded by saying "the good thing about when you're down is that usually you got nowhere to go but up."

His response begs the question, where do Americans go when they're down? What do we do? How do we respond? History tells us that Americans have met enormous challenges all throughout our history; and produced successful outcomes.

America has experienced many positive and negative events in the course of its short history.  Our past should shape the way our elected officials run the country but sometimes it seems they are blind to it. The United States has joined in several wars, been crushed by natural disasters like hurricanes and earthquakes, and we've even traveled to space.  All of this history should be guiding us as new laws and regulations are made and bad ones repealed.

For those in Washington, here's a short refresher course on the events, both good and bad, that have made this country strong.

1692: The Salem Witch Trials. Hundreds of people were accused of practicing witchcraft. Nineteen of them were hanged after being convicted of the crime.

1754 - 1763: The French and Indian War. This was a war between France and Great Britain. It started after a dispute about the land around the Monongahela and Allegheny Rivers.

1773: The Boston Tea Party. British colonists got mad about all the new taxes imposed on them by Great Britain. A group of protesters tossed three shiploads of tea into the Boston Harbor. This was one of the major events that led to the American Revolutionary War.

1803: The United States acquired 828,000 square miles of land in the Louisiana territory. The land was originally owned by France, but Thomas Jefferson negotiated a deal to purchase it for just $11,250,000. The United States also agreed to forgive $3,750,000 worth of French debt.

1812: America declared war against the British Empire. They were upset about trade restrictions and the British support of American Indians. 15,000 American combatants died by the end of the war.

1836: The Battle of the Alamo was a famous part of the Texas Revolution. General Santa Anna and his troops attacked the Alamo Mission, which is near present-day San Antonio. All but two of the Texan troops were killed in this battle.

1845: The Mexican-American War lasted until 1846. American troops occupied California, New Mexico, and parts of Mexico. The Mexican government would not agree to meet the demands of the Americans, so American troops invaded Mexico City. 13,000 American combatants died by the end of the war in 1846.

1861-1865: The American Civil War. Slavery and the many economic differences between the North and South were main factors. 621,000 American combatants died by the end of the war in 1865.

1865: Abraham Lincoln was assassinated at Ford’s Theatre. His assassination was part of a plot to help the Confederacy.

1898: The Spanish-American War was a war between the United States and Spain. The war started because the Americans interfered in the Cuban War of Independence. 2,400 American combatants died in the war.

1914-1918: World War I. The United States did not join the war until 1917. This war involved the Allies (Russia, France, and the United Kingdom) and the Central Powers (Germany and Austria-Hungary) and broke out due to the policies of several European empires. 116,000 American combatants died by the end of the war in 1918.

1920: Women were granted the right to vote by virtue of the Nineteenth Amendment to the Constitution that was introduced in 1878 and finally ratified in 1920.

1929: The stock market crashed in the United States creating the Great Depression, which lasted for ten years.

1941: WW II. Japanese forces attacked Pearl Harbor, a Hawaiian naval base on December 11. The attack was an attempt to keep the U.S. Navy from interfering with Japanese military actions in the Pacific.

1944: D-Day in WW II Europe occurred on June 6. The invasion of the European continent on the coast of France was a major victory for Allied troops but 9,000 soldiers were wounded or killed in this final push to end the war. 405,000 American combatants died by the end of the war in 1945.

1945: Scientists built the first atomic bomb as a part of the Manhattan Project. The total cost of this project was more than $2 billion.

1954: School segregation was ended after the Supreme Court made its decision in the Brown v. Board of Education case.

1955-1975: The Vietnam War. The conflict was essentially a civil war between North Vietnam and South Vietnam. The United States supported South Vietnam in this war with major U.S. troop involvement from approximately 1965 - 1973. Over 58,000 U.S. service men and women lost their lives in this one.

1962: A U.S.spy plane discovered that the Soviet Union was building nuclear missiles in Cuba. President Kennedy placed a naval blockade around the island to prevent the Soviet Union from bringing in more supplies. After thirteen days, the Soviet Union agreed to dismantle and remove the weapons if the U.S. would not invade Cuba.

1963: John F. Kennedy was assassinated by Lee Harvey Oswald. Oswald was arrested a short time later, but was subsequently killed by Jack Ruby when being transferred to the county jail.

1968: Martin Luther King, a civil rights leader and activist was shot and killed by James Earl Ray on April 14th.

1969: Apollo 11 was the first manned spacecraft to land on the moon. Buzz Aldrin and Neil Armstrong took the first steps on the moon on July 20, 1969.

1973: The Watergate political scandal occurred when members of the Nixon administration participated in a break-in at the headquarters (Watergate Hotel) of the Democratic National Committee. Nixon resigned in 1974 due to the scandal.

1986: Space shuttle Challenger was destroyed as it launched January 28th. Christa McAuliffe, a teacher, was aboard the spacecraft. Challenger exploded just 73 seconds after takeoff.

1995: The Oklahoma City bombing was the first large-scale domestic terrorist attack of the century. 168 people were killed. Timothy McVeigh and Terry Nichols were responsible for the attack.

2000: In the Presidential election, George Bush won the presidency even though Al Gore won more popular votes. The election results were challenged, but Bush eventually took office. He was elected to a second term in 2004.

2001: On September 11, terrorists took control of U.S. commercial airplanes. They crashed two planes into the World Trade Center in New York and one plane into the Pentagon. The fourth plane crashed in Shanksville, Pennsylvania. This was the deadliest attack ever to occur on American soil. Immediate American casualties were almost 3,000 on that day.

2001-present: The Afghanistan War.  Intervention by NATO and allied forces in the Afghan political struggle, following the terrorist attacks of September 11, 2001, to dismantle the al-Qaeda terrorist organization and to remove from power the Taliban government, which at the time controlled 90% of Afghanistan and hosted al-Qaeda leadership. 2,200 American combatants have died in the war so far.

2003-2011: The Iraq War. U.S. President George W. Bush and British Prime Minister Tony Blair, said that the coalition mission was "to disarm Iraq of weapons of mass destruction, to end Saddam Hussein's support for terrorism, and to free the Iraqi people. 4500 American combatants died by the end of the war in 2011.

2005: Hurricane Katrina was one of the five deadliest hurricanes in United States history.  Killing more than 1,800 people, it also caused more than $80 billion in property damage.

2008: Barack Obama was elected president of the United States. He was the first African-American person elevated to this position.

2011: Osama bin Laden, the head of the terriorist group "al-Qaeda", was killed when U.S. forces raided his compound in Pakistan.

2013: The Affordable Healthcare Act designed to provide health care for all Americans is rolled out to a rocky reception.

Maybe a little history review will help us get our act together. Wouldn't that be a great Christmas present?