LOS ANGELES - Darnella Davidson, a legendary music teacher at San Pedro High School, has been honored by the Country Music Association for delivering a top-quality music program and making an impact on the school community.

Davidson was one of 34 educators nationwide to receive the Music Teachers of Excellence Award during a ceremony on Tuesday at the Marathon Music Works in Nashville.

“This award is really special,” said Davidson, who has won 28 consecutive city championships for L.A. Unified schools. "The fact that they awarded this on National Teacher Appreciation Day is pretty special. I feel quite blessed and honored and humbled to receive this award.” 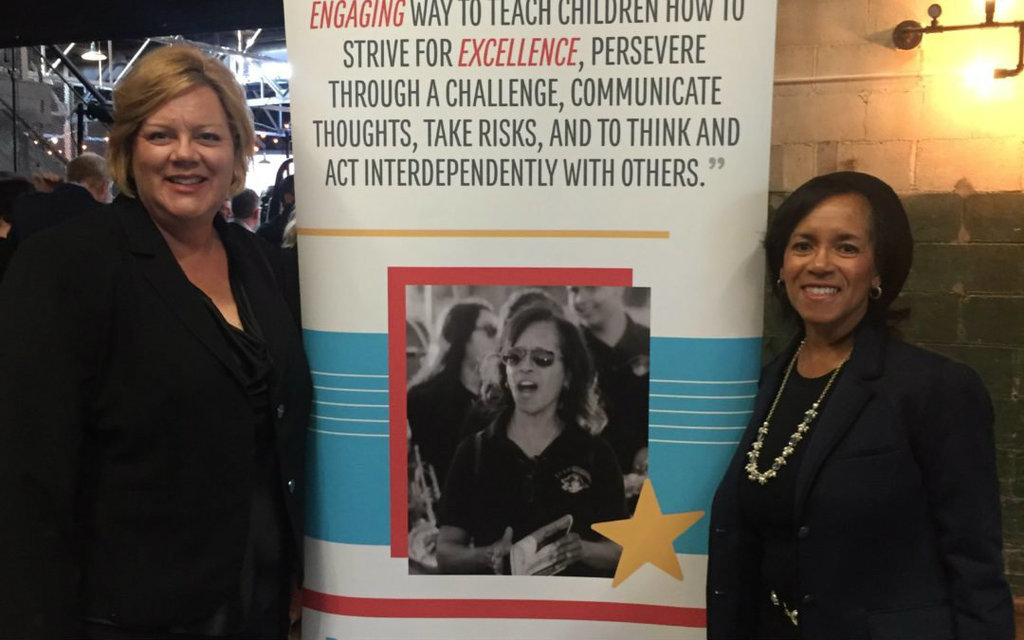 Tiffany Kerns, the director of community outreach for the Country Music Association, said Davidson's contributions to the music extended beyond the campus boundaries. Kerns was especially taken with Davidson's motto, "No excuses, just results."

“Your willingness to ensure every child has an opportunity to participate in music – even in challenging circumstances – makes you an incredible asset to your school and community," Kerns wrote in a letter announcing Davidson's selection. "Love 'No excuses, just results!' Glad to hear your community values and appreciates music, too. Keep up the amazing work!”

San Pedro High Principal Jeanette Stevens said Davidson deserved the national recognition, which came with an expense-paid trip to Nashville and a $5,000 prize for classroom needs and professional development.

"To borrow an expression I picked up in Nashville, 'We were happier than a butcher's dog' with the news of Darnella Davidson’s Country Music Association Award,” Stevens said with a laugh.

“She embodies excellence in music education, and is ensuring the future with great music, and musicians, for generations to come. Her commitment to educating in the arts is admirable and well-respected by the Country Music Association Foundation.”

Davidson, whose students perform as a marching or concert band almost weekly at community events, has been busy helping her freshman musicians become accustomed to her high standards. It didn’t take them long to learn she expects them to pay attention to details and always give their best effort.

It paid off. The marching band has won best in the city and in Southern California for three consecutive years, marking Davidson's arrival at San Pedro High after a long tenure at Los Angeles High School. Teaching at San Pedro has been “an amazing ride,” she said, much as it has been being recognized by the County Music Association.

“They understand how important music appreciation is," Davidson said. "For them to be bold enough to give this award out –  not for promoting country music, which is the largest-selling genre of music, but because I’m a music teacher –  I think is very significant and bold. It’s pretty impressive.”