The Fourth of July in San Pedro and Los Angeles

36th Annual Fourth of July at the Korean Friendship Bell

9:00 AM on Wednesday July 4th - Presentations by local and Korean community leaders. Assembled guests and dignitaries will lead the audience in reciting the names of the 13 original American states. As they read the names the honored representatives of the San Pedro and Korean Communities will strike a battering ram into the massive bell, ringing once for each state. The Korean Bell is rung officially on only four other occasions each year - Korean Independence Day (August 15th) Constitution Day (September 21st), New Year's Eve and Korean American Day (January 13th).

Angels Gate Park is located at 3601 South Gaffey Street in San Pedro. The free event has been conducted every year since the Korean Bell's installation in 1976. - via the San Pedro Chamber of Commerce

And other South Bay gatherings courtesy of the Daily Breeze -

18th Street Tradition
Join Vince and Dee Villa for the grand finale of what has become a quarter-century-old hometown tradition. This will be the 26th year the couple has invited neighbors - and anyone else - to gather on the sidewalk in front of their home at 1153 W. 18th St. to participate in a simple flag-raising ceremony to start the holiday.

They've attracted as many as 300 people in the past, from neighbors sipping morning coffee to area lawmakers. Guests are asked to arrive by 7:45 a.m. The call to colors will be at 7:55 a.m. Followed by singing, refreshments and time to meet and visit with neighbors. This is likely the last time the couple will present the event, at least on a large-scale basis.

Cabrillo Beach
Gourmet food trucks will be on hand, and flyovers and other tributes will be held from 4-9 p.m. at Cabrillo Beach, 3720 Stephen M. White Drive, culminating with a 20-minute fireworks show from an offshore barge, all to the accompaniment of recorded patriotic and classical music.

The city's 37th annual Independence Day celebration will run from 11 a.m. to 5 p.m. at Upper Point Vicente Park, 30940 Hawthorne Blvd. The event will feature music by the Palos Verdes Symphonic Band and a country band, arts and crafts, rides, games, hula hoop contests, a petting zoo, helicopter rides and more. Admission is free, and a complimentary shuttle will run from the Hawthorne Boulevard Ralphs store to the lot adjacent the Point Vicente Lighthouse on Palos Verdes Drive West. On-site parking costs $5 per vehicle.

The Briles family of Torrance will once again have its privately funded fireworks show off the coast of Torrance beach. Jackie Briles, 91, covers the cost of the show in honor of her late husband. The pyrotechnics will begin between 9 and 9:15 p.m. from a barge.

Click to view KPCC's google map of most the LA Area 4th of July Fireworks 2012.

Celebrate the 4th of July at the LA Coliseum

Kids' activities will begin at 1:30 p.m. and music and giveaways from KJLH radio will start at 3 p.m.

Free parking at the King and Hoover entrance to the Coliseum.

The Exchange Club of Culver Cityand the City of Culver City invite you to attend the club's annual Fourth of July fireworks show at Culver City High School. Gates open at 5PM, entertainment begins at 6:30PM, and the fireworks start at 9PM. There is a suggested donation of $3 per person for the event.

Last year, an estimated 20,000 people attended the event, and the fireworks were great!

For 55 years the Exchange Club of Culver City has been dedicated to bettering the lives of our community's children with a special focus on the prevention of child abuse. The suggested donation of $3 per person (children under 5 are free) will help the club continue those efforts.

Hotdogs, soda, and Kettle Corn will be available for purchase. You can also get tickets for the Exchange Club's raffle, which features grand prize of an LCD flat screen TV.

Culver City High School is located at 4401 Elenda Street. Parking is available in nearby lots for $5 per car. Please note that you are not allowed to bring alcohol or fireworks of any kind onto the school grounds. 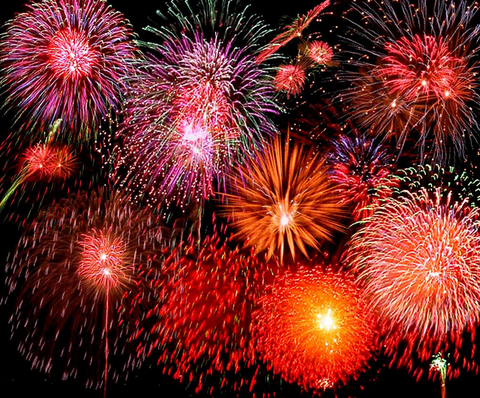 You won't find our family's favorite fireworks show listed on most compilations of where celebrate the Fourth of July. Every year we head to Cheviot Hills Park, on Motor just east of Pico, where we have a fantastic view of the fireworks sent skyward from Hillcrest Country Clubright across the street. I've been told there is a great view from the roof of the Westside Pavillion as well.

Our group kick's off the celebration with a multi-generational game of kick ball and then we picnic at the park. It is a great local tradition. Hope to see you there. Fireworks begin at 9:00.

Thanks for Councilman Paul Koretz for passing along the following tips:

Fire Chief Brian L. Cummings, Los Angeles Fire Department, shares the following information precisely because illegal fireworks are such a tremendous concern for the LAFD and the city as a whole:

Fire Chief Brian L. Cummings wants you and your family to have a fun and safe 4 th of July. The best way to do that is to be prepared and know your local laws.

The use or sale of ALL FIREWORKS including safe and sane have been illegal in the City of Los Angeles since 1942 (except at approved shows).
The LAFD Anti-Fireworks campaign began in 1982.
The 4th of July is one of the busiest days of the year for emergency services.
Most emergency calls are for fires and injuries caused by people using illegal fireworks.
Most firecracker injuries happen to the eyes, hands, head, and face areas.
The highest numbers of injuries are firecrackers (26%), rockets (21%), and sparklers (11%).
Almost half of all people injured were children under the age of 15.
According to the United States eye registry, more bystanders are injured by fireworks than by the people who set them off.
Sparklers can heat up to 1800 degrees Fahrenheit (that is hot enough to melt gold).
Possessing fireworks is a misdemeanor, punishable with a fine of $1,000 and/or 1 year in jail.

IF YOU SEE A FIRE, CALL 9-1-1.
Never experiment with or make your own fireworks.
Never let anyone touch or pick up a dud firecracker that is lying on the ground. (contact the proper authority)
REMEMBER, animals have very sensitive hearing and can be stressed or frightened due to noise from fireworks. So:
Keep your pets indoors with the windows closed and the air conditioner on.
Turn on the television or radio to block some of the noise.

The goal of the LAFD Anti-Fireworks campaign is to:
Reduce the number of fire and injuries from fireworks.
Remind citizens that all fireworks are illegal in the City of Los Angeles.
Encourage citizens to attend a public fireworks display.

PREVENT A NIGHTMARE ON THE 4th OF JULY. STAY AWAY FROM FIREWORKS. PLAY IT SAFE.ATTEND A PUBLIC FIREWORKS DISPLAY.

FOR MORE INFORMATION: lafd.org
FOR A LIST OF FIREWORKS SHOWS IN THE GREATER LOS ANGELES AREA: safejuly4th.org

The 4th of July is a fun and exciting time for many children and adults, but it is a nightmare for animals who cannot comprehend and may be terrified by the sudden explosions and frequent noises caused by fireworks, or who might face actual physical harm due to illegal fireworks set off in the immediate neighborhood.

FIREWORKS ARE NO FUN FOR PETS!
Pet Safety Tips for 4th of July

Make this Independence Day fun and SAFE for your pets! Some people love big gatherings and loud noises – but that can be very frightening for our pets.
Here are some Pet Safety Tips for Independence Day:

• PLAN AHEAD
Make sure your pet is microchipped and that the registration has your current address.In addition, make sure your dog is wearing a license tag. These two simple steps help us reunite families if a pet does get lost.

You can contact any of our L.A. Animal Services Shelters and schedule an appointment to have their companion animal microchipped. The cost for the public is $25.00 per animal. Most veterinary clinics also offer microchipping.

• KEEP PETS INDOORS
Keep your pets inside. If you are having guests over, keep pets in a room that is off-limits to guests, with plenty of water and food.

• CREATE A CALMING ENVIRONMENT
Surround pets with their favorite toys and other familiar objects. Play soothing music and keep the room as quiet as possible by closing doors, windows, and blinds.

• KEEP AWAY FROM FIREWORKS
Even if your pet does not seem obviously upset by fireworks, they can still cause harm to pets. Avoid potential burns, injuries, or possible ingestion by keeping all pets out of the vicinity of fireworks.

ADOPT NOW and Help Us Save MORE Animals
The fourth of July is a time shelter staff knows that we will have a sudden influx of lost and frightened animals. Our shelters are already over crowded. If you are considering adopting, please visit our shelters and adopt NOW or consider fostering a great dog or cat! They are counting on us. We are all they have.

The mission of the Los Angeles Department of Animal Services is to promote and protect the health, safety and welfare of animals and people. To learn more, please visit the website:

Fourth of July message from the Traffic Safety Coalition

This Fourth of July we are reminding parents and their children to be mindful of important traffic safety rules while walking or driving during the holiday.

One of the biggest dangers to Americans on the Fourth of July is traffic crashes. The Insurance Institute for Highway Safety (IIHS) reports that there were 800 roadway-related deaths on the Fourth of July between 2006 and 2010. IIHS is predicting that another 140 deaths occur this coming Wednesday, July 4th.

As a part of the July Fourth initiative, TSC has launched the "Declaration for Safe Celebration," a pledge highlighting steps each individual can take to ensure everyone stays safe on the road this holiday season.

To view the TSC's press release on the Fourth of July and the Declaration for Safe Celebration, click here.

KPCC's Andrea Wang created the great and almost comprehensive google map above and here's the list from the map that she compiled.

The 2021 San Pedro Prep Girls Volleyball season was a celebration of a return to somewhat normalcy.Fans were able to take in the hard-hitting, fast and furious action while still adhering to the rules of the pandemic era that is still ongoing with seemingly no end in sight.One area school managed to stand triumphant even when not fully accomplishing all the team goals…See More
4 hours ago
0 Comments 1 Promotion