A Home Town Band who has for over two decades, shared their original music at shows everywhere they've played. Go to the Bands web site loaded with links which guide anyone visitor to see and hear virtually each and every Album published to date from O'Brien and his musical Family of Friends. Two albums are uploaded on the website’s music page and there are links to many other web locations for other albums available for listening. In addition view photos that date as far back as Shane's 1983 house band days at the Starboard Attitude in Redondo Beach, they're s 1988 photos with O'Brien doing a House Band gig at the old Hi De Ho, photo's revolving his being an Ironworker and Booming out to NYC. Just loads of stuff including these present times for the group. CD Baby has two CD’s From Shane O’Brien which have both garnered nominations in their release years from The Los Angeles Music Awards

New Years Eve 2012, for all of us who will stay in San Pedro, we should put a check on our calendar for this gig. Should be a bomb one... 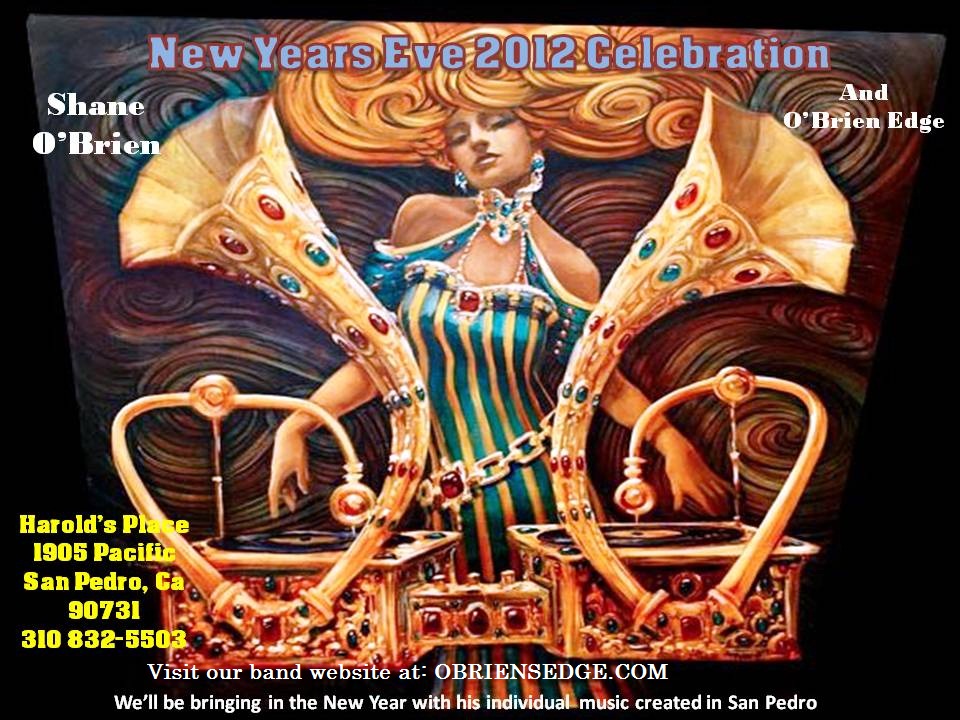