The saga of the mysterious late summer gray whale continues. The carcass of the unlucky animal has come ashore on the rocks below Ocean Trails in Rancho Palos Verdes near the San Pedro border. This spot is likely to become its final resting place. 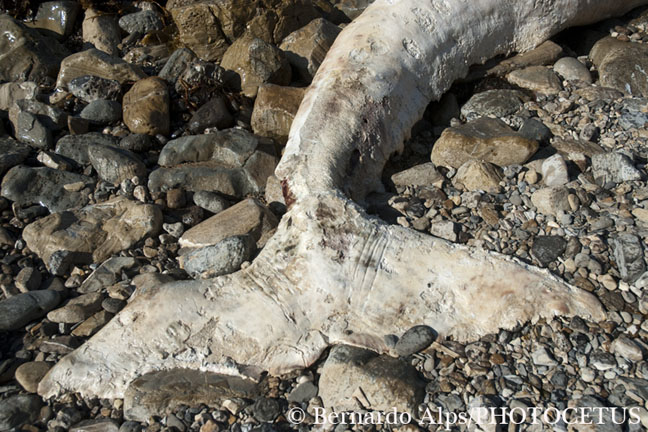 We know some of the events that brought this whale here.

Gray whales migrate past the Southern California coast on their way from their Arctic feeding grounds to their wintering areas off Baja California and back, a migration that has spawned the whale watching industry that has spread around the globe. Southbound whales are generally seen beginning in late December and are replaced by northbound animals from mid-February through April. It is not completely unheard of to have early migrants in October and stragglers in June, but a gray whale off our coast in August or September is definitely out of the ordinary.

This whale was first observed off the Imperial Beach pier in San Diego by Serge Dedina of Wilcoast, who ironically is the author of a book titled "Saving the Gray Whale." It had rope wrapped around its caudal peduncle that was trailing behind the animal and might have prevented it from completing the migration to the feeding grounds with the rest of the herd. Photos show a heavy infestation of orange whale lice on the animal's head and body, indicating a state of compromised health.

Things seemed to take a positive turn when the whale was spotted again on September 6 near the Manhattan Beach Pier by the Redondo Beach harbor Patrol. Peter Wallerstein and his Marine Animal Rescue crew were already on the water nearby in their especially equipped inflatable boat and reached the distressed whale quickly. Wallerstein described the rescue operation as the fastest he was ever involved in; the animal was freed of the rope in less than 15 minutes. But the rescuers were concerned about the long term prognosis for the emaciated and exhausted animal.

Their fears were confirmed eight days later on September 14, when the animal was spotted floating off Point Fermin and was towed out to sea by Los Angeles County Lifeguards. Ironically at the very same time the dead whale was discovered, several dozen first responders were just wrapping up a two-day large whale entanglement training session at the Cabrillo Marine Aquarium and on the water off Cabrillo Beach.

The carcass was spotted again the next day by the Harbor Breeze Cruises whale watching boat Christopher near the Whiskey buoy, approximately six miles south of Point Fermin. The prevailing currents were  expected to carry it to the southwest, but last Tuesday the dead whale was reported in its current location on the rocks a couple of hundred yards west of the trailer park. The location is inaccessible to heavy equipment from land or vessels from sea and is not close to any residences or businesses, so the decision has been made to leave it alone, at least for now. 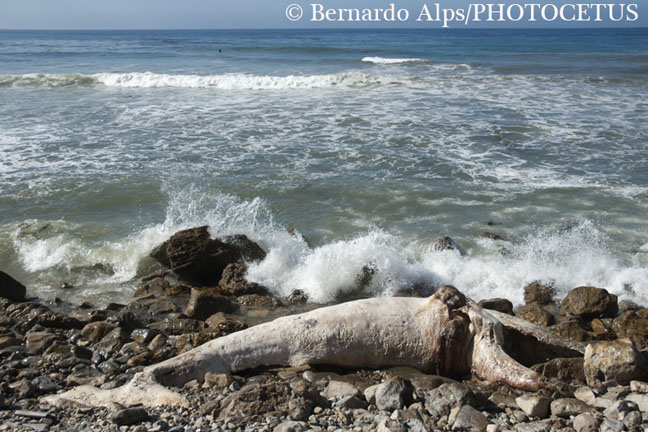 I examined the carcass on Thursday morning determining that it was a female and measuring its length at 23 feet. Judging from its size, it is likely an animal born in the winter of 2011. It is impossible to determine when it got entangled in the rope; whales can carry gear or debris for months and even years. Most of the time they are able to free themselves but in this case the animal became progressively weaker and probably remained off the Baja or Southern California coast for the past few months, possibly moving north at very slow pace. We have to make sure we learn as much as possible from this unfortunate event so that we are better able to protect the animals with which we share the oceans.

Anyone who spots a marine mammal that is entangled in any gear or a whale on shore is asked to contact Sarah Wilkin, NOAA's Southwest Stranding Coordinator at (562) 980-3230, Sarah.Wilkin@noaa.gov, or Marine Animal Rescue at (800) 39WHALE. 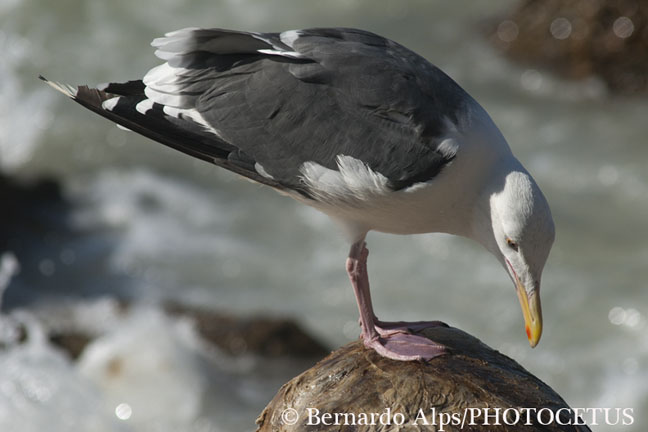