A San Pedro Story Generations in the Making

Author David G. Freligh is a San Pedran through and through. And his latest novel builds upon a lifetime of memories growing up in the city by sea. 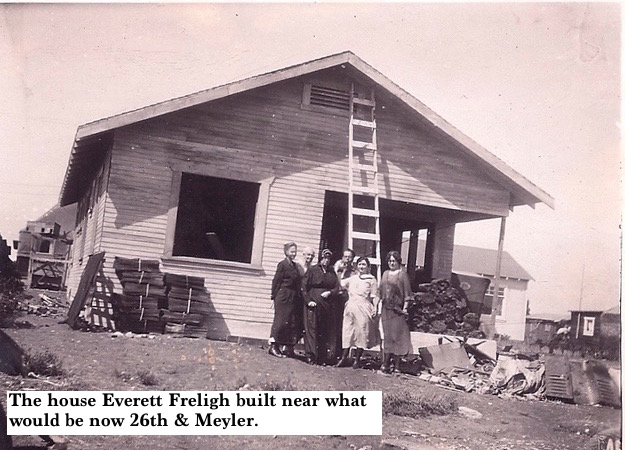 David, his mother, Cleo, and his father, Everett, all have “PhD’s,” Pedro High Diplomas. David, Class of ’62, his mother earned her diploma in ’28, and his father (a classmate of Vincent “Snakeoil” Thomas) in ’26. Everett Freligh built their house from the ground up at what would now be near 26th and Meyler, and Cleo’s parents owned the U.S. Hotel on Beacon in the 1920s.

San Pedro has always been a harbor for the hardworking immigrants who built the United States and David’s family was no different.

Everett Freligh was born in Los Angeles in 1908 but his mother was born in England. Cleo’s family came here from the Smoky Mountains of Tennessee. In San Pedro, Cleo met her brother’s friend Everett when they were just 8 and 10 and their family became part of the foundation of the rich community that makes up the backbone of this diverse town. From his 40 years as a Private Investigator in Los Angeles, David has a unique perspective on those people we may pass on the street every day. He investigated the lives of the rich and poor, functional and dysfunctional, ordinary and extraordinary. Even serial killers.

David has compiled many of these stories in his novels, writing about his experiences from interesting to amazing and always drawing from family and faith. David’s earthy, flowing writing style draws these stories vividly, leaving the reader hungry to know what happens next.

David’s latest novel, Theresa’s Blessings, tells the story of Theresa Moretti who, during the great American immigrant migration, has escaped the bleak future that lay ahead for a child raised in a Sicilian orphanage.

A saga of unrelenting determination and soul-ravaging challenges, Theresa’s Blessings chronicles a journey to build a family—and fight for it. After settling in Michigan with a loving husband, Hans, and bringing their six children into the world, Theresa believes she might have made her only wish come true. But fate has other plans for her.

After Hans’ tragic death, Theresa relocates with their children to San Pedro, a boomtown for ambitious immigrants. Unfortunately, Theresa is unable to outrun her deeply rooted inner turmoil. The unrelenting pressure begins to takes a toll.

Then, a blessing: Theresa and her landlord form an unexpected friendship. Will Jones struggles with his own demons, haunted by the things he’s seen and done in the trenches of WWI. Through thoughtful counsel and a kind ear, they help each other move forward. They are just friends—nothing more—but Will is a patient man.

The American dream holds much promise, if one has the unfailing will required to achieve it. After all they’ve each been through—pain, injustice, struggle, guilt—is the dream attainable for Theresa and Will?

As a San Pedran you probably know the answer, but you’ll need to pick up the book to know the story. You can find Theresa’s Blessings on Amazon.

The preceding was a sponsored collaboration. Click to find out more about creative advertising opportunities.