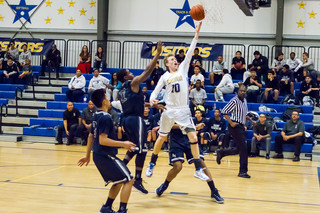 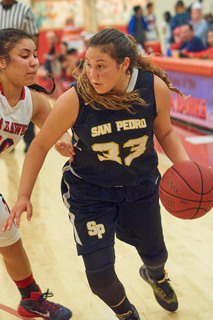 There were some great moments that took place for some San Pedro Prep Basketball teams that warranted special postseason accolades, and four players in particular, were bestowed such honors.

Mary Star boys basketball senior forward Neil Green was named to the All-CIF Division V-A team by the CIF-Southern Section after pacing the Stars to an unlikely playoff berth that ended in the quarterfinals, where they lost to eventual champion St. Bernard.

Green, an All-Santa Fe League first team selection who led the Stars in scoring, helped guide Mary Star to a 52-47 victory over St. Paul of Santa Fe Springs in the Santa Fe League season finale on February 10, which earned the Stars the right to petition for an at-large bid with a 10-16 record. Mary Star (12-17 overall) would win two straight games, including an upset of fourth-seeded Santa Clarita Christian in the second round.

The San Pedro High duo of senior guard Rita Fiorenza and sophomore G/F Deanna Valverde were named All-City Division II selections for pacing the Lady Pirates to their first 20-win season in school history, their first City Section semifinal berth in nine years, and a berth in the CIF Southern California Regional playoffs for the first time since 1986.

Fiorenza and Valverde, who are both All-Marine League first team selections, helped San Pedro get to the Regionals in Division II by defeating Huntington Park, 51-38 in a qualifying game on March 3.

Finally, Port Of Los Angeles girls basketball sophomore point guard Kyerstin Galloway was named an All-City Division IV selection after leading the Polar Bears in scoring, assists and steals, as they finished second in the Crosstown League and reached the playoffs for the fourth straight season.