For the boarders in SPNP! LOL!

Who would've thought Agatha was a boarder, very coooool!…

This is a pretty cool calendar! ~…

San Pedro had and has some very beautiful sailing ships in her history.

I found some interesting history for the Red Men's Lodge! I see a SPNP member from the Wigwam in the members section and researched the IORM, Improved Order of Red Men.

Traffic, long lines and excited visitors greet the USS Abraham Lincoln as it visits the Port of Los Angeles in San Pedro.

San Pedro looked like Disneyland or Magic Mountain on Wednesday and Thursday as traffic filled up the Harbor freeway and Harbor Blvd., as thousands of visitors waited in upwards of three to four hours board and tour the USS Abraham Lincoln.

FOREVER Stamps will go on sale at the Post Office and online tomorrow, 7/28/10!…

USS Abraham Lincoln arrives to the Port of Los Angeles Are you a Led Zeppelin fan? If you are, you might be interested in "Led Zepagain" a tribute band. They will be performing at the Taste in San Pedro on August 5, 2011.

Here is what music reviewer Aniruddh "Andrew" Bansal wrote for metalassult.com about Led Zepagain after seeing them at the House of Blues in West Hollywood in January 2010.

"At around 11.15, the wait was finally over when Jerry Greenberg, former president of Atlantic Records and a man who, as he told us,…

I've been having a great time uploading Old San Pedro photos, postcards and the like!…

HI, working on 7th, helicopters flying, hear that there is heavy police activity near Grand between 1st and 6th.  What's up?

An Update on Redistricting

I wanted to update you on the status of the County’s redistricting process.

First, I want to thank the hundreds of you who took the…

Emily Harrison wins the 2011 Queen crown at the 64th annual Mary Star of the Sea fiesta.

Emily Harrison wins the 2011 Queen crown at the 64th annual Mary Star of the Sea fiesta.

Annual Mary Star of the Sea Fiesta in San Pedro!

The 64th annual Mary Star of the Sea Fiesta kicked off Friday night and will continue until 11:00pm on Sunday, July 17. The Fiesta Queen will be chosen between three candidates at 7:30pm while the winner of the Grand Prize, a car or $20,000 will be announced at 10pm on Sunday. View video for more details.

July 17, 2011: Readings for The Sixteenth Sunday in Ordinary Time


Readings for The Sixteenth Sunday in Ordinary Time:

Whether one is a supporter of Janice Hahn, or not, we should all recognize her sad and painful loss.
Ramona Hahn was a pillar of strength, - charming, gracious and always astute and insightful.
She stood for her beliefs strongly and without ever wavering.
I am particularly sorry that she did not get to see her daughter become a Congresswoman. But both Ramona and Kenny must both be very proud of a…

Unusual take on the Harbor area from Columbus, Indiana, written by a LA Times writer...

Here is the article 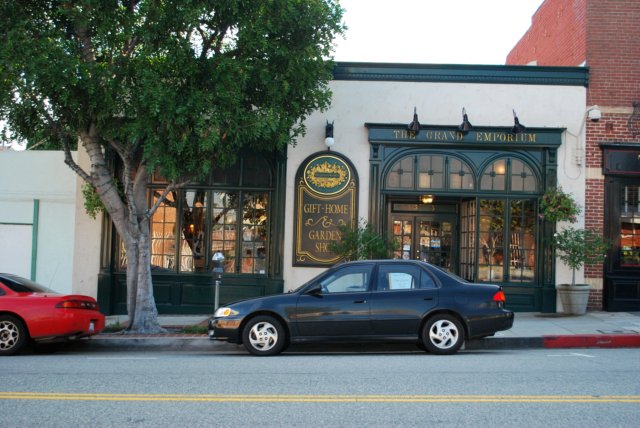 How do you delete a photo from my album? I have two lighthouse pics, only need one!!!

Locations are indicated on the attached map for easy reference.